THE LISBON TREATY : A CONSPIRACY AGAINST THE FREE NATIONS OF EUROPE

The following statements by political stakeholders of the European Union at the time of the Lisbon Treaty prove, conclusively that the EU was a deliberate and carefully contrived deception to rob individual nations of their sovereignty and merge them without their knowledge into a monolithic European superstate.

No further evidence is required to confirm that the peoples of Europe were shamelessly and systematically lied to by a consortium of dangerous schemers and madmen.

I am grateful to the authors of the book "The Nazi Roots of the ‘Brussels EU" (Dr Rath Health Foundation, 2010), for locating the origin of these quotations. See also in particular Rodney Atkinson: "The Nazis and Fascists who founded the EU and their influence today".

The politicians involved in misleading the voters should be exposed and prosecuted and the institutions of the EU declared to be illegal.

Here after some evidences of this conspiracy:


Statements when comparing the Lisbon Treaty with the rejected European Constitution:

Public opinion will be led to adopt, without knowing it, the proposals that we dare not present to them directly. All the earlier proposals will be in the new text, but will be hidden and disguised in some way.

The substance of the constitution is preserved. That is a fact.

The good thing about not calling it a Constitution is that no one can ask for a referendum on it;

The substance of what was agreed in 2004 has been retained. What is gone is the term "constitution".

Virtual incomprehensibility has thus replaced simplicity as the key approach to EU reform. As for the changes now proposed to be made to the constitutional treaty, most are presentational changes that have no practical effect. They have simply been designed to enable certain heads of government to sell to their people the idea of ratification by parliamentary action rather than by referendum.

Statements on whether they intended citizens to be able to understand it:

They decided that the document should be unreadable. If it is unreadable, it is not constitutional, that was the sort of perception… Imagine the UK Prime Minister can go to the Commons and say: ‘Look, you see, it's absolutely unreadable, it's the typical Brussels treaty, nothing new, no need for a referendum.' Should you succeed in understanding it at first sight there might be some reason for a referendum, because it would mean that there is something new.

All of the political leaders know quite well that if the similar question was put to their electorate by a referendum, the answer in 95 per cent of the countries would probably have been ‘no' as well.”

Statement on the French voting ‘no' to the European Constitution (with which the Treaty shares 96 percent of its content) in 2005:

France was just ahead of all the other countries in voting ‘no'. It would happen in all Member States if they have a referendum. There is a cleavage between people and governments. A referendum now would bring Europe into danger. There will be no Treaty if we had a referendum in France, which would again be followed by a referendum in the UK.

Statement on stripping power and sovereignty away from the People:

I don't think it is a good idea to replace this slow and effective method – which keeps national States free from anxiety while they are being stripped of power – with great institutional leaps. Therefore I prefer to go slowly, to crumble pieces of sovereignty up little by little, avoiding brusque transitions from national to federal power. That is the way I think we will have to build Europe's common policies. 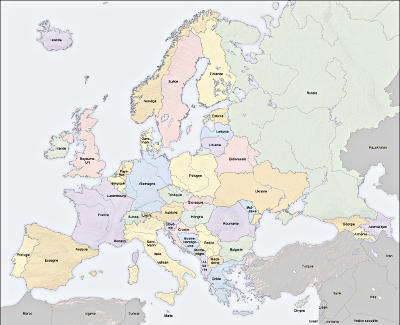